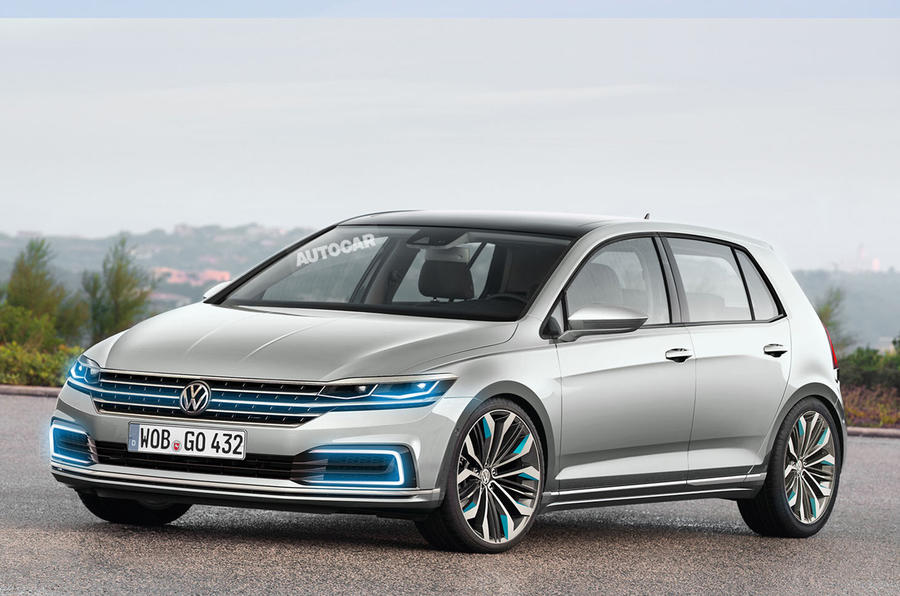 Volkswagen is less than two weeks away from unveiling its crucial facelifted Golf.

The reworked version of Europeâ€™s best-selling car is set to be revealed in early November in Wolfsburg, Germany, with UK sales starting early next year. The Golfâ€™s mid-life upgrades are designed to help keep the model fresh until the launch of a heavily re-engineered, new Mk8 Golf in 2019.

The main focus of the facelift is the interior, which VW has upgraded to include the optional virtual cockpit display offered on the Passat. The 12.5in high-definition monitor can be ordered in place of the new Golfâ€™s analogue instruments. It offers differing digital layouts at the press of a button on the multi-function steering wheel.

More significant are the changes to the Golfâ€™s infotainment system. In a bid to make the new car more appealing, VW will offer a top-of-the-line system with a 9.5in centre display in 16:9 format, as previewed by the Golf R Touch concept at the Consumer Electronics Show earlier this year. Buyers will also be able to operate it using a range of gesture and proximity control functions.

The same driver assist systems as the Passat will be offered, including a new traffic jam assist function, which allows semi-autonomous driving at speeds of up to 23mph.

Earlier plans to provide the facelifted Golf with a new range of turbocharged 1.5-litre petrol and diesel engines have been delayed, according to VW insiders. They say extra engineering activity placed on the company in the wake of the diesel emissions scandal has led to changes in the introduction of a number of driveline developments.

The range will feature VWâ€™s new turbocharged 1.0-litre three-cylinder petrol engine, as seen in the recently facelifted Up and soon to be replaced Polo. It is set to replace various versions of

The facelifted Golf GTI will retain the same turbo 2.0-litre four-cylinder petrol engine as the outgoing model, albeit with a moderate lift in power beyond the standard 217bhp and 227bhp available today.

At the top of the petrol line-up will be a more powerful version of the four-wheel-drive Golf R, whose turbo 2.0-litre four-cylinder motor is said to develop the same 414bhp as the R400 concept first wheeled out at the 2014 Beijing motor show.

As for diesels, the Golf will retain the recently controversial and revised turbo 1.6 and 2.0-litre four-cylinder engines.

VW is using the facelift to upgrade to the driveline of the Golf GTE. It is set to receive the same power output as the petrol-electric system used by the Passat, with reserves rising from a combined 201bhp to 215bhp.

At the recent Paris motor show, VW also made official the changes to the facelifted e-Golf, which is set to make its world debut at AutoMobility LA (formerly LA motor show) next month. It swaps its existing 24.2kWh lithium ion battery for a larger 38.5kWh one. This is claimed to boost its range beyond 186 miles.