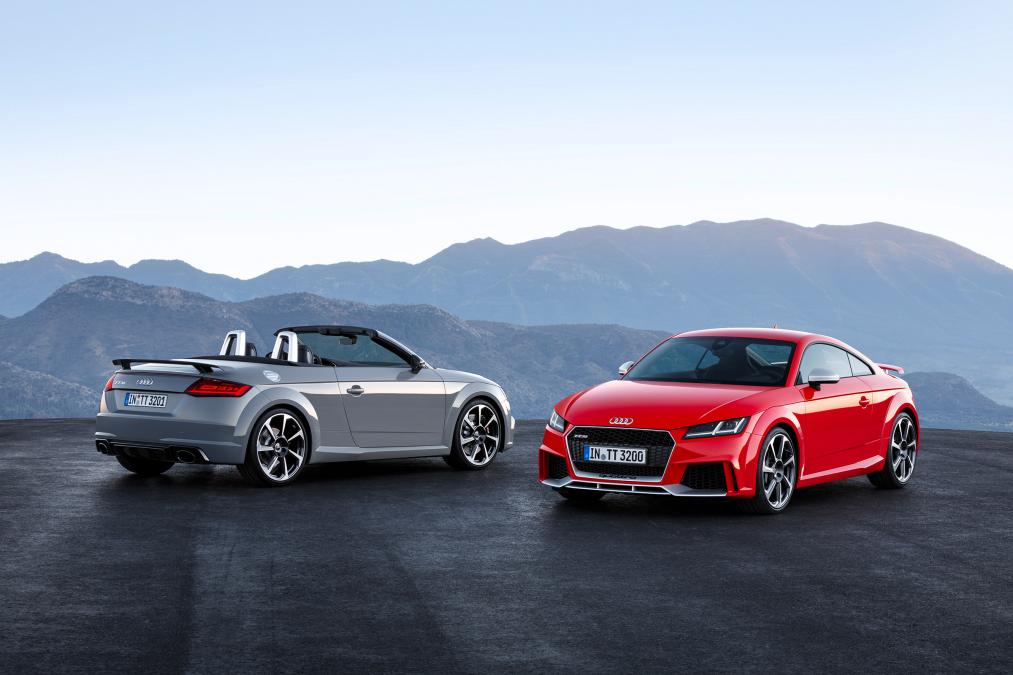 Audi is set to open the order books for the new TT RS later this month, allowing customers to buy the most powerful TT ever. The new TT RS will be available in Coupe and Roadster bodystyles, both offering staggering pace, and prices will start from Â£51,800. The TT RS was first shown off at events in Beijing and London before UK motorists got a chance to see the car in the flesh at the Goodwood festival of Speed earlier this year.

The TT RS has enough pace to rival some supercars, with a 0-62mph sprint of 3.7 seconds, with a top speed of 174mph - although that's limited to 155mph unless an optional Dynamic Package is specified. Even Audi's own supercar, the R8, only manages 3.2 seconds for the same 0-62mph sprint.

All this power comes from a reworked five-cylinder turbo engine which pushes out a staggering 394bhp despite being 26kg lighter than its predecessor. With its 1-2-4-5-3 firing order, Audi insists it has retained the engineâ€™s unique deep, enthusiastic, rich sound while improving its performance, reducing its fuel consumption and lowering its weight. It's mated to a seven-speed S tronic dual-clutch gearbox which sends power to all four wheels via a new quattro system.

A huge diffuser is built into the rear bodywork with two elliptical tailpipes. The vast wing can be deleted at no extra cost if you prefer a more understated look. The TT RS will also introduce Organic Light Emitting Diode (OLED) as an option for the tail-lamps.

Dominating the front end is a hexagon-filled single-frame grille, flanked by optional Matrix LED headlights, while inside, the RS follows the regular TT. Taking pride of place is the 12.3-inch Virtual Cockpit, and itâ€™s complemented by lightweight sports seats.

Under the skin, the TT RS retains the electronic differential, with suspension lowered by 10mm. It will use a seven-speed dual-clutch gearbox and enormous 370mm disc brakes. There is an optional RS Sports suspension system, which delivers adaptive magnetic control damping to govern its steel springs.

A set of lighter, forged alloy wheels and carbon-ceramic brakes are optional. The Roadster â€“ which is 90kg heavier than the coupe â€“ features a folding fabric roof which can be lowered electrically in 10 seconds at speeds of up to 31mph.

The new Audi TT RS will start from Â£51,800 for the Coupe model, or Â£53,550 for the convertible Roadster. It will be available to order at the end of September.