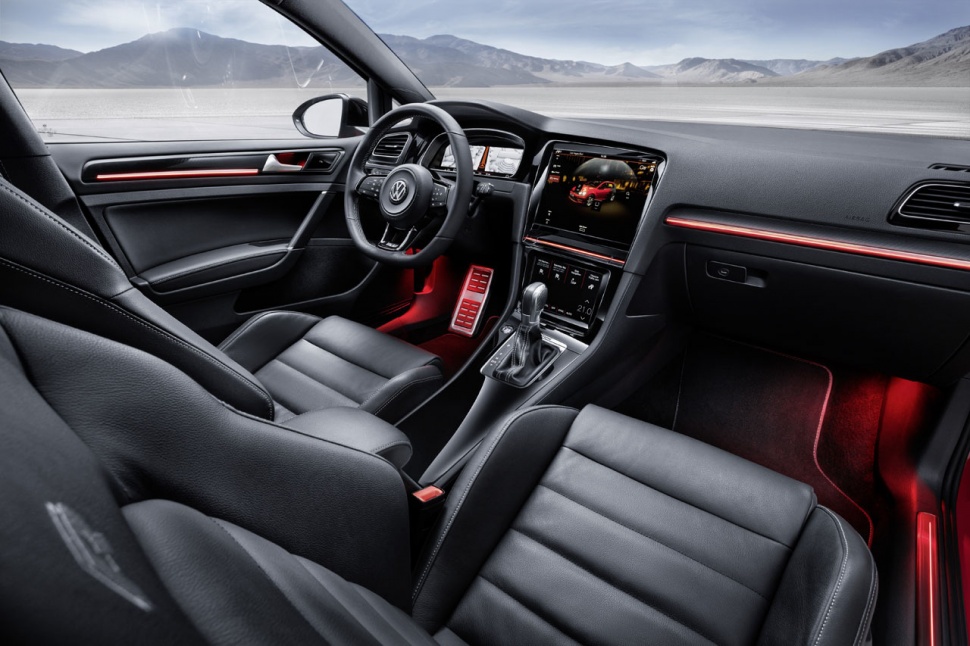 Volkswagen has used the 2016 CES platform to reveal an evolution of its gesture control functionality which was first shown at last yearâ€™s CES in the form of its Golf R Touch concept.

This time around, however, the German automaker is showing a near production-ready 9.2-inch infotainment system, a first for compact cars.VW says this technology, which is showcased via an â€œe-Golf Touchâ€ concept, will be incorporated in future mass-market models. The configurable modular infotainment system (MIB) has a high-resolution screen and 10 different functions like Music or Phone.

Itâ€™s not often that non-luxury automakers cater to the needs of rear-seat passengers, but Volkswagen introduced a series of features that make road trips better for those in the back.

The first is an â€œelectronic voice amplificationâ€ function to allow for better communication with back-seat passengers. This sounds highly practical when you consider all the times youâ€™ve had to strain to hear the front-seat occupantsâ€™ conversation. It could also mean Volkswagen is admitting to road and wind noise in its vehicle cabins, but letâ€™s give them the benefit of the doubt. The second addition is wireless charging for smartphones in the back seat via the rear armrests. Finally, the e-Golf Touch is equipped with a USB Type-C port for high-speed USB data transfer while charging the phone much faster than standard speeds.

Rounding out the tech. announcements is VWâ€™s â€œPersonalization 2.0,â€ allowing drivers to configure setting to be saved to a user account in the cloud via Volkswagen Car-Net ID. Then, when a driver hops into another VW model, they can download their settings and use them like in their own car.