When the Mk7 Volkswagen Golf R launched, it did so costing less than thirty grand. Like the Ford Focus RS and BMW M135i, it arrived with a tantalising price tag – just £29,900 – to pique everyone’s interest. And my, didn’t it work with spectacular effect: the attractive lease deals followed, and now you’d be forgiven for thinking half of all Golfs sold have circa-300bhp and an R badge.

Six years on, the Mk8 Golf R has launched. And it costs… £39,270. Which illustrates a) such a thing called ‘inflation’ exists and b) VW’s adjusted its halo Golf to reflect that everyone bought them as specced-up, DSG-shifted five-doors, not entry-level manual three-doors.

Indeed, it now only comes as a DSG-equipped five-door. And it’s a little more powerful than before – up 20bhp, at 316bhp – while still utilising a winter-friendly (or drag race-friendly) four-wheel-drive system, now hooked up to a clever new differential and torque vectoring system to make its performance even better pub fodder. Its 0-62mph time is 4.7secs, and its top speed as high as 168mph.

You only get the latter by spending an additional £2,000 on the R-Performance Package. Making it – yes – a £41k Golf. Albeit one with a ‘what could go wrong?’ Drift Mode, that higher top speed and a Special option added to the drive select. It unlocks the perfect settings for tackling the Nordschleife, should you want to replicate Volkwagen’s own sub-8 ‘Ring lap endeavours without immediate YouTube infamy. You also get inch-larger 19in alloys and a bigger spoiler.

Prefer your Golf with just front-wheel drive? Half the TG office does, and so several of us would be more tempted by the new Mk8 Golf GTI Clubsport, below. Cheaper than the R, at £37,215, it possesses barely less performance – a 296bhp peak yielding 0-62mph in 5.6secs – and it gets that ‘Ring-bashing Special mode as standard.

Which Golf takes your fancy, Internet? Or would you save another few grand and go for the Toyota GR Yaris? 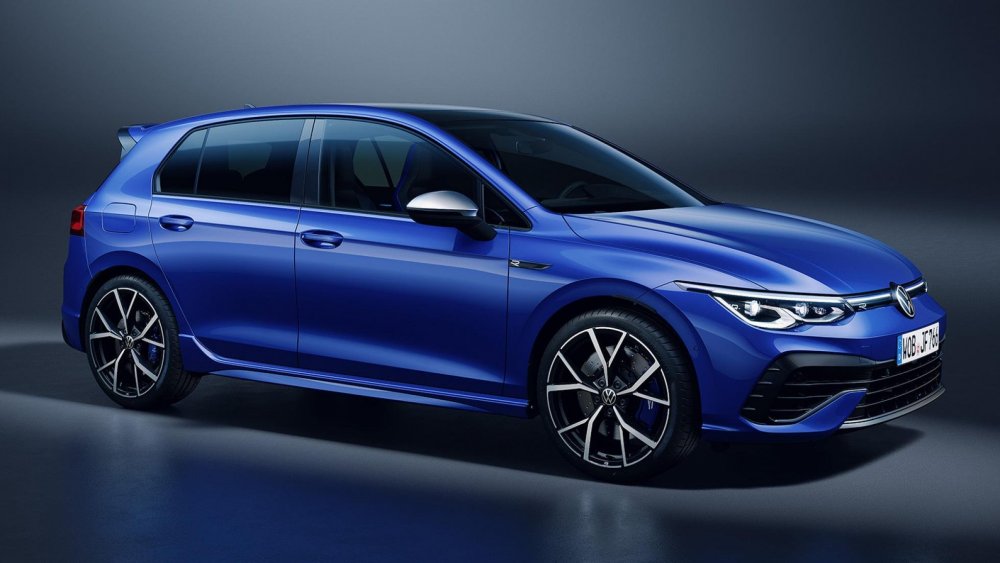