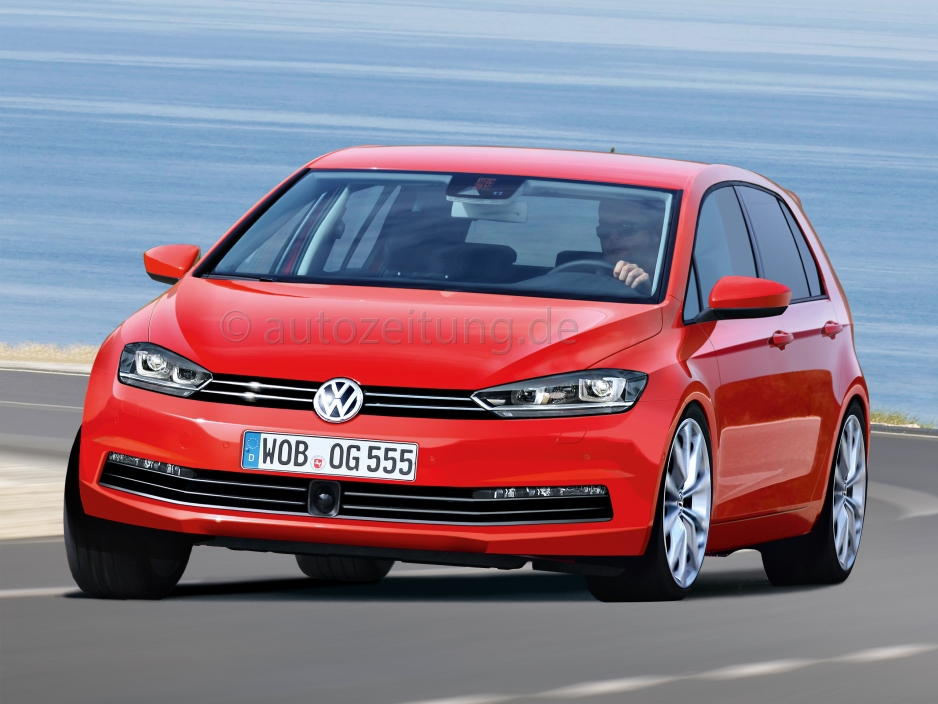 Last summerâ€™s diesel emissions scandal rocked the motor industry and shook the VW Group. Damage to the brandâ€™s reputation and loss of customer confidence have been hard to quantify in recent months, but the consequences are set to be huge â€“ and theyâ€™re likely to impact on the next-generation Golf, revealed in exclusive images.

Volkswagen has hatched a masterplan to save 1billion Euros per year, while making a clear commitment to electromobility and a new generation of â€˜cleanâ€™ diesel engines.

Various all-electric VW projects are in the pipeline, with a new Phaeton and Microbus concepts spearheading the brandâ€™s emission-free future. On top of that, the German giant will now take a closer look at other areas of the business that it thinks can return significant savings â€“ both financially and environmentally.

Top of that list is the next Golf. The current Mk7 car is available in several shapes and sizes, with power ranging from small turbo petrols to hot diesels and plug-in hybrids. Thereâ€™s even an all-electric e-Golf, capable of up to 118 miles on battery power alone.

Although the Mk7 will get a mild facelift this year, the new car â€“ due in 2018 â€“ will build on this. Itâ€™ll be more practical, more powerful and, most importantly, more fuel efficient. VW will stick with its versatile MQB platform for the eighth-generation Golf, and despite the fact these underpinnings will be more than eight years old when the next model hits the market, the scalable platform is expected to live on until at least 2025.

We understand the new Golf will be between 35kg and 70kg lighter than the current car, and like the new Tiguan, will be both lower and wider. Plus, there will be more space inside thanks to more efficient packaging, as well as innovative features like gesture control and the Passatâ€™s TFT dash.

In terms of styling, the new Mk8 model is likely to follow VWâ€™s pattern of evolution rather than revolution. As always, itâ€™ll be immediately recognisable as a Golf, with smart LED headlamps and a sharper, more sculpted grille. Weâ€™re expecting to see some deeper creases in the bumper and bodywork, as well as a reprofiled rear end. Also set to appear is a more upmarket interior â€“ with plenty of brushed metals, leathers and high-quality plastics.

Under the bonnet, VW will introduce a series of super-efficient three-cylinder 1.5-litre TDI diesels â€“ ranging from 74bhp to 120bhp. These are likely to feature in the new Golf as well as numerous future models, and emit less than 85g/km of CO2. The engines will also be modular, meaning each cylinder of 500cc will make it more cost efficient for VW to develop larger and more powerful units such as 3.0-litre V6 diesels â€“ for cars like the next Touareg SUV â€“ at a later date.

The Golf Mk8 will, of course, arrive on the market as a hatchback first, but an Estate spin-off, as well as hotter GTI, GTD and R versions will follow. Weâ€™ve not heard about any plans for a Cabriolet model, though, and one is unlikely to arrive before at least 2020.

Elsewhere at the VW Group, bosses have outlined their intentions for an Audi Q6 SUV in 2018, followed by the Porsche Mission E saloon before the end of the decade â€“ both of which will adopt all-electric drivetrains.

The Groupâ€™s new electric MEB architecture to be employed by both the Audi and Porsche will also underpin the upcoming all-electric VW Phaeton limousine, which is due by 2020, too.