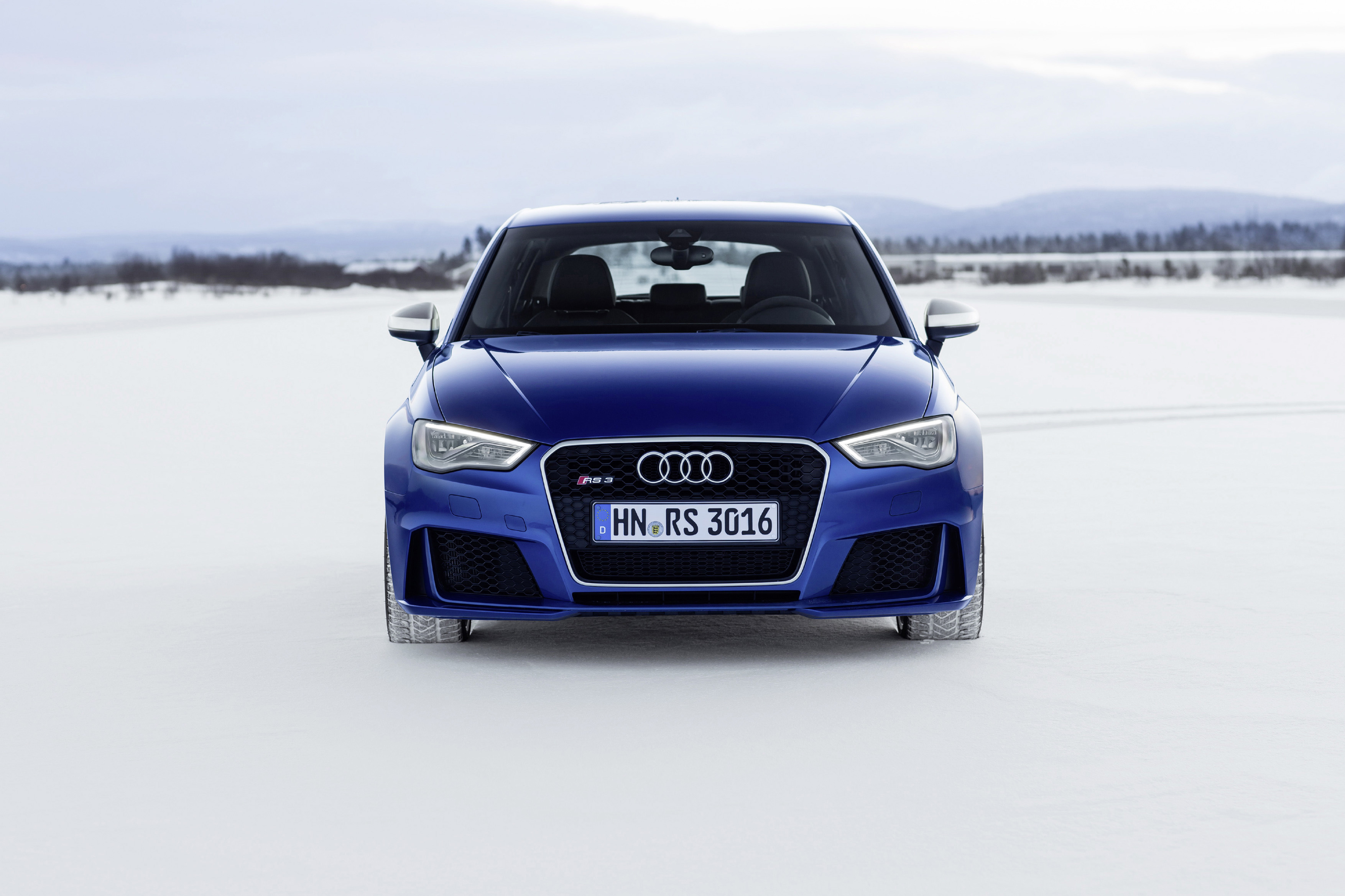 The new RS3 has been a hot topic in the news in recent months, and with order books officially opening next month, Audi has finally confirmed the question that everyone has been wanting to know... Pricing in the UK will start at Â£39,950.

It's an interesting pricing point, and with a similarly specified Golf R costing a touch over Â£35k (DSG with Nappa Leather and 19" Pretorias), there isn't a great deal between them.

In case you're not up to date with RS3 news, it will wade into battle with a 2.5 litre five-cylinder turbocharged engine with 367hp and 343lb ft of torque. The seven-speed dual clutch S-Tronic gearbox is standard. For comparison, that is 70hp and 63lb ft up on the Golf R. It also has an extra cylinder, and arguably a more 'performance focused' specification and options list.

Thanks to that options list, very few customers will actually part with Â£39,950 for an RS3. Prices on options have yet to be released, but with sports exhaust systems, carbon-ceramic brakes (a first in this market segment), and of course the standard plethora of MMI and Navigation options being available, I'd imagine most cars will end up being much closer to the Â£50k mark.

With those numbers in mind, the RS3 will will win pretty much every game of Hot Hatch Top Trumps this summer, boasting the most hp, the most torque, an extra cylinder, and a higher price tag over the A45 AMG and Golf R, and it also beats the recently announced 3rd-Generation Focus RS on just about every count too. At least on paper anyway.

Statistics and numbers aside, it will be interesting to see how the cars compare out on the open road. The RS3 should in theory show everything a clean pair of heels, but it will be great to see what provides the most driver thrills.

Even if the RS3 comes out on top, it won't have it all its own way for long. AMG are readying a power upgrade and facelift for the A45, with power expected to be boosted to the 375hp mark. There is even talk of a 'Black-Series Lite' as a swansong for the model, with 400hp allegedly being attainable from its two-litre engine. That might be a couple of years off yet though.

Then of course we have the will-they-won't-they argument over whether or not Volkswagen will proceed with the R400/R420 project. If it does get the official green light, it's likely to cost around the same as the RS3, and will no doubt be the most eagerly awaited back to back comparison for many years.

Either way, the RS3 has made it's play, it's over to the competition. As the title says, let the battle for the 2015 hot hatch crown commence.