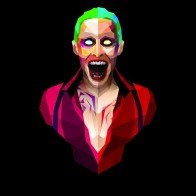 Top Posters In This Topic

I already posted this photo in the detailing thread but figured I may as well add it to my build post.   I had a good friend of mine (who is far more knowledgeable than me) give my car a goi

I honestly couldn't speak highly enough of the TVS TCU software. Gear changes are so much faster than before and also much smoother.   Racingline (and all of the others) use the standard VAG

Thanks Clarkie.   Yes Remus were fantastic.   Here's another photo from a recent visit to see Shak at LSG performance