The all-new, eighth generation Golf has been spotted testing at the Nürburgring for the first time. Hidden underneath a pushed and pulled current-gen Golf body, Volkswagen is promising the Mk8 will be the biggest technical leap in a single generation in the Golf’s 44-year history. On top of the usual emphasis on fuel saving, the new tech will also benefit the next GTI and R models as they turn to electrification to push the boundaries of hot hatch performance.

The core of this new performance will be the adoption of a new 48V hybrid system. As well as supporting fuel-saving technology such as engine-off coasting and an integrated starter-motor and generator, the 48V system will also allow VW to develop electrically driven turbochargers to improve performance on models such as the GTI and R. Unlike a number of its rivals, Volkswagen will offer its next Golf as both three- and five-door options, as well as an estate, while the GTI’s classic red design clues and understated looks should also remain intact.

The next Golf R, meanwhile, is rumoured to be moving towards an all-wheel-drive system with an electrically driven rear axle, replacing the previous Haldex system. Apart from the added performance benefits of integrating an electric motor into the Golf R’s powertrain, the rear-axle motor will also give engineers the ability to apply finer control to the power distribution between the front and rear axles, rather than relying on the reactive Haldex system that has a front-axle power bias.

Although the new Golf will be based on the same basic chassis as the current model, the new car will be both longer and wider, offering greater interior space and providing packaging solutions for any future electric drivetrains. Regular Golf models will be powered by a selection of three- and four-cylinder turbocharged petrol engines, with a new diesel unit also under development. The demand for the current GTE plug-in electric hybrid has all but guaranteed the Mk8 will also have a GTE model in its range, although it’s expected a fully electric Golf will be sidelined as VW ramps up its I.D. range of electric cars. A manual gearbox will still be offered in the majority of new Golfs, but it is expected that VW will also introduce a new, more efficiency-focused automatic gearbox.

The all-new Golf will also receive an all-new interior and infotainment system. The latest Polo and Touareg SUV have both been revealed with new ‘stacked’ designs, placing large, glossy infotainment screens high in the driver’s eyeline in conjunction with Volkswagen’s virtual dials. We expect the Mk8 Golf to offer a similar set-up, likely integrating the all-new Touareg’s 15-inch infotainment system on higher trim lines, along with the latest autonomous driving and active safety technology.

Audi, SEAT and Skoda’s next generation of mid-sized hatchbacks (A3, Leon and Octavia respectively) will also benefit from the Golf’s development, with engine, gearboxes, connectivity and autonomous technology feeding through the group.

We’ll see the first production Mk8 Golfs in the spring of 2019, with deliveries expected by the summer of next year. The GTI and R models are expected towards the end of 2019. 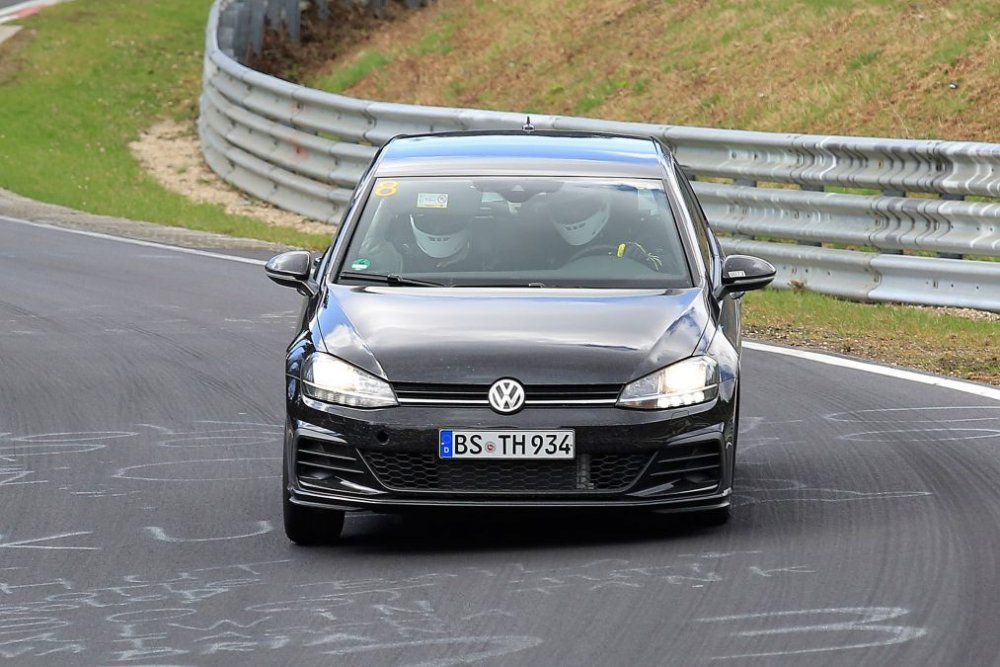