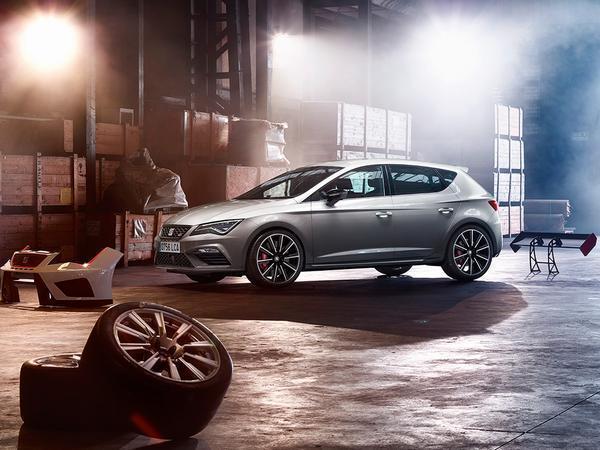 Since its launch in early 2014, the SEAT Leon Cupra is a car that's continued to impress in its various forms. Oh sure, it may not be quite as engaging as a Renaultsport Megane or have interior plastics quite as plush as a Golf R, but its combination of speed, dynamics and value have won it a lot of fans. The estate is also very good, and both Performance Pack variants make it a much more intense package.

Now it's time for a mid-life update. While the focus from SEAT is on the additional equipment - keyless go, new driver assist features and a bigger infotainment screen - we're more interested in the mechanical changes. Essentially it would appear the EA888 2.0-litre turbo is now to Golf R spec, with 300hp and 280lb ft, but of course in a lighter (by about 80kg) and front-wheel drive package. Expect the revised Golf R to boost those numbers (and the cabin ambience) to restore family superiority sometime next year.

Cosmetic changes are mild and in line with the standard Leon facelift, most notably the new lights, reprofiled bumpers and - at last - some nicer wheels too.

The new Leon Cupra is available to order now (prices are still to be confirmed), with first deliveries due in March. However, if you can go without the latest infotainment and another few horsepower, there are bargains to be had on the outgoing car.