VW has broken its silence over the next-generation Golf, revealing a total investment of £1.6 billion has gone into development of the Mk8 model and confirming a production schedule.

The first cars are due to roll off the production line at the firm’s flagship Wolfsburg plant 75 weeks from now – equating to late June 2019. The announcement was made at the Golf 8 Supplier Summit, presented to 120 key suppliers for the eighth-generation model.

According to Ralf Brandstätter VW Group Board Member for Procurement, the launch of Golf 8 next year is on par with the introduction of the firm’s I.D electric cars in terms of importance.

Karlheinz Hell, Volkswagen’s small car boss, said: "The next Golf will take Volkswagen into the era of fully connected vehicles with extended autonomous driving functions. It will have more software on board than ever before. It will always be online and its digital cockpit and assistance systems will be the benchmark in terms of connectivity and safety."

The Golf will undergo its biggest transformation in 43 years for the next generation as the German brand prepares to roll out hybrid technology, slim down the model line-up and completely revamp the interior design. An unveil for the Mk8 Golf hatchback has been earmarked for the Frankfurt Motor Show in 2019 but at last year's Frankfurt show, we gained new information on that high-tech interior.

Volkswagen’s next Golf will feature a “revolution” in its cabin, the company’s chief of design has promised. The Mk8 car is due on sale in Britain in 2020. It will continue to be based on the current car’s MQB platform, and will feature many of its same engines and transmissions - and this level of continuity has allowed VW to focus on other areas.

VW’s design boss Klaus Bischoff has revealed to Auto Express that chief among these requirements is to be “ready for the next generation of connectivity and digitisation” - and that this has caused a “total rethink” on how the car’s cabin will look.

“It’s a revolution,” said Bischoff. “It’s really a total digital environment; the only analogue aspect is basically the steering wheel.” That means that a development of the current Golf’s fully digital instrument panel is likely to be standard across the range, instead of being an option for higher-end versions.

The arrival of the next Golf – previewed in our exclusive images – will coincide with the roll-out of Volkswagen’s I.D. electric car family, which begins with the Golf-sized I.D. hatchback. However, boss Herbert Diess has said that despite the aggressive EV offensive, which will see at least five dedicated battery-powered VWs launch by 2025, the next Golf remains the brand’s focus.

Last year, Diess told Auto Express: “The priority is Golf because in the next generation it will be our main core product; and that’s where the focus goes. Public attention, press and our communications have been a lot on the electric cars because we believe in it. But I’m convinced it [the Golf] will remain our core product in the next generation.

“[The] next generation of Golf – which we are, let’s say, quite advanced in the work on – will be the versatile car,” Diess continued. “You might call it once again ‘Das Auto’ because it is such a good package for a five-seater; it works so well.”

VW will use an updated version of the MQB chassis for the next-generation hatch, which is expected to shed up to 70kg due to the use of more lightweight materials. The shape or indeed the exterior of the Golf won’t change dramatically, but a more svelte front end with a lower bonnet and sleeker LED headlamps will feature, as our images show. More changes are evident at the rear, where the Golf will get more squared-off shoulders, while Golf lettering will appear beneath the VW badge for the first time, similar to the new Arteon.

As well as offering petrol and diesel engines, the next Golf will be the first VW to feature mild hybrid technology, thanks to the adoption of a 48-volt electric system on at least some variants. Diess said: “Mild hybrid systems will play a major role in the next generation of Golf; that will be the first application.

Then probably further ahead it will also be in smaller segments.” In the face of the VW emissions scandal and rising cost of diesel technology, mild hybrid powertrains will offer a cleaner alternative to diesel with similar levels of efficiency. Conventional powertrains will remain with a new 1.5-litre four-cylinder turbo petrol engine being joined by a new 1.5 diesel, which will replace the current 1.6.

Variants such as the GTI and R will benefit from performance boosts, with power up to 250bhp and 350bhp respectively. The plug-in hybrid GTE will also be offered, but the e-Golf won’t make it to another generation due to the arrival of the I.D. family, Diess confirmed. 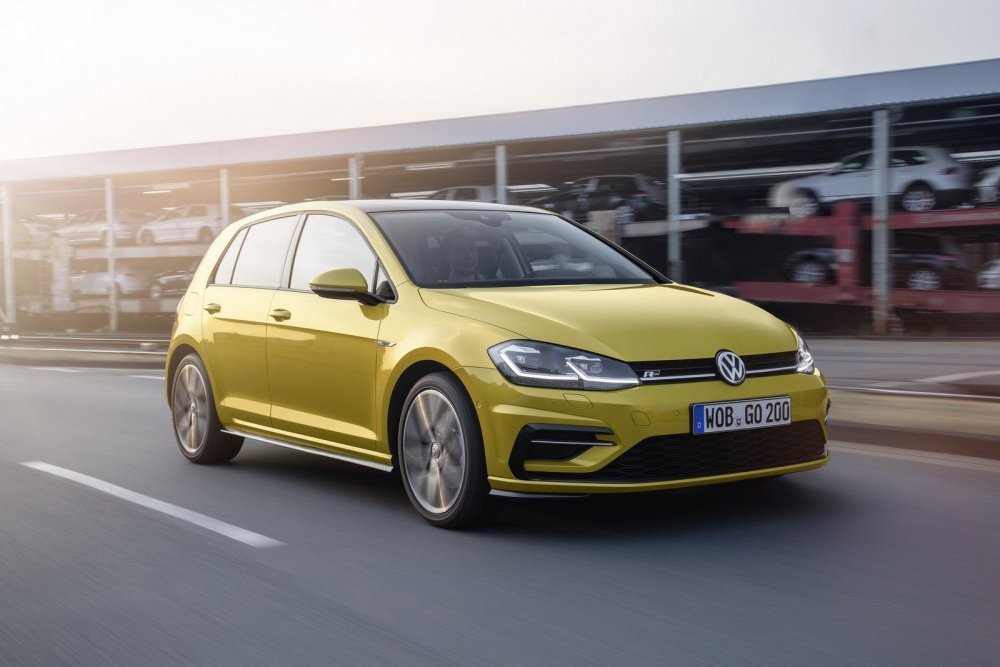